The project was installed and exhibited on the campus of the Danish Royal Academy (September – December 2016) as part of the Complex Modelling exhibition. 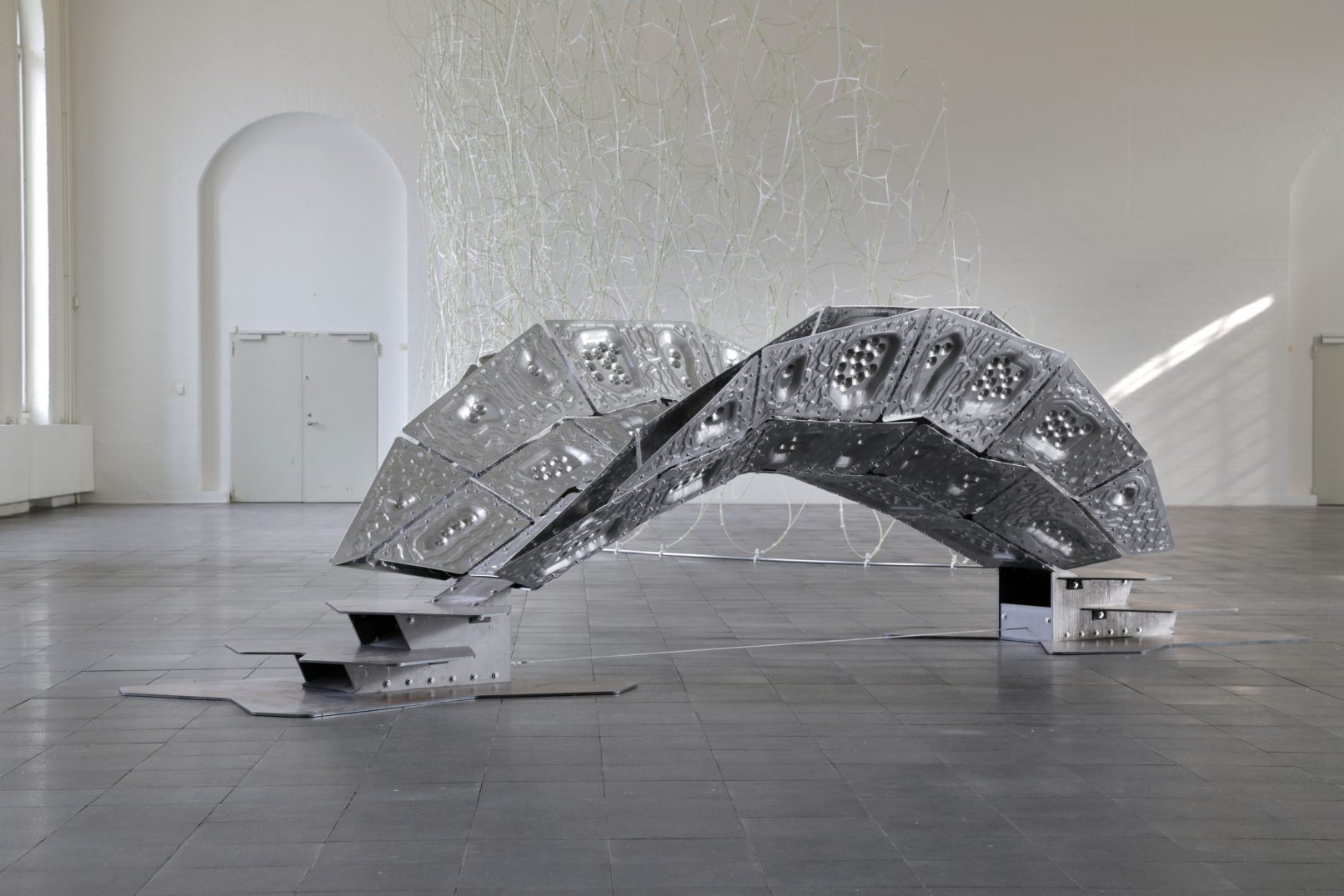 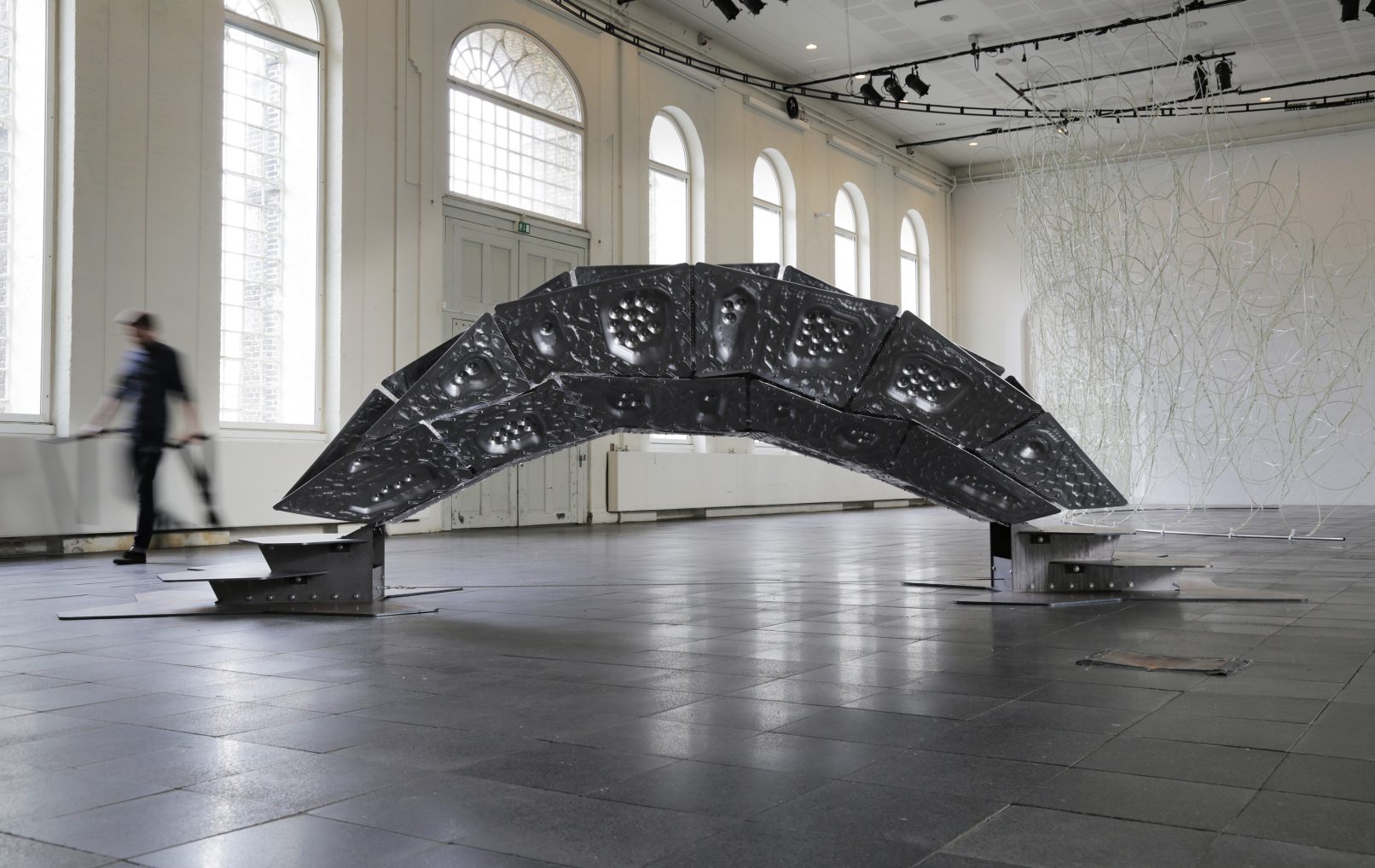 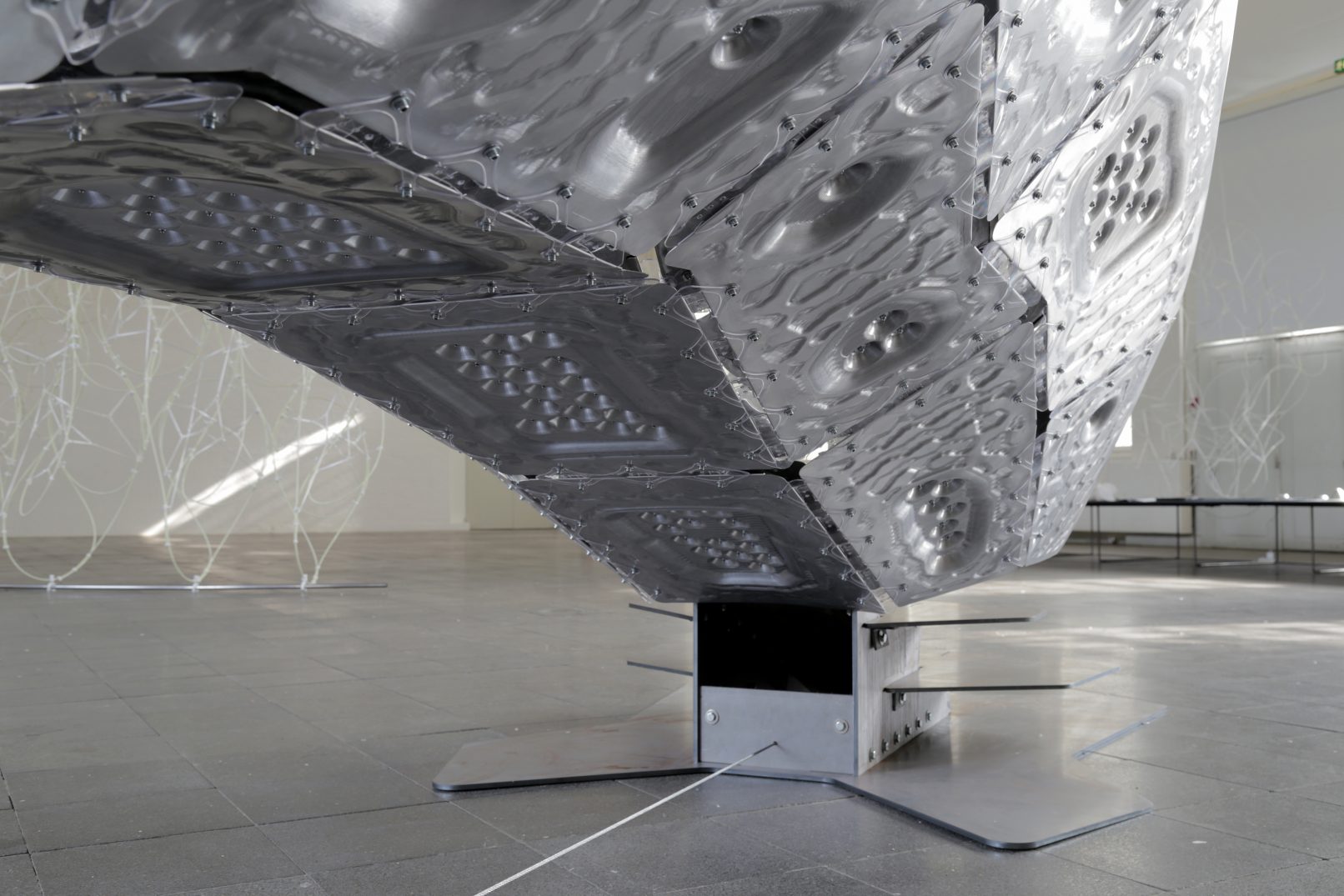 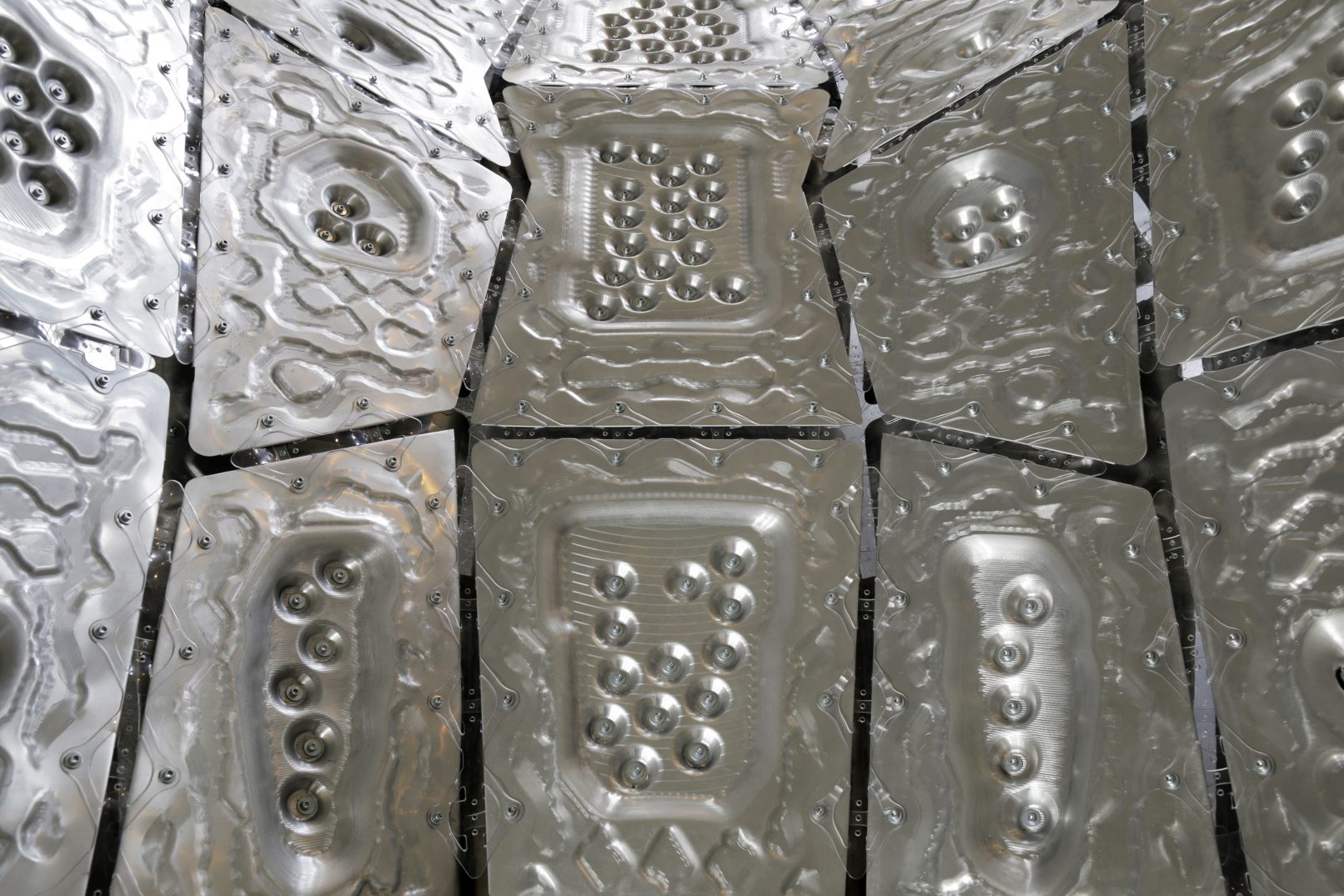 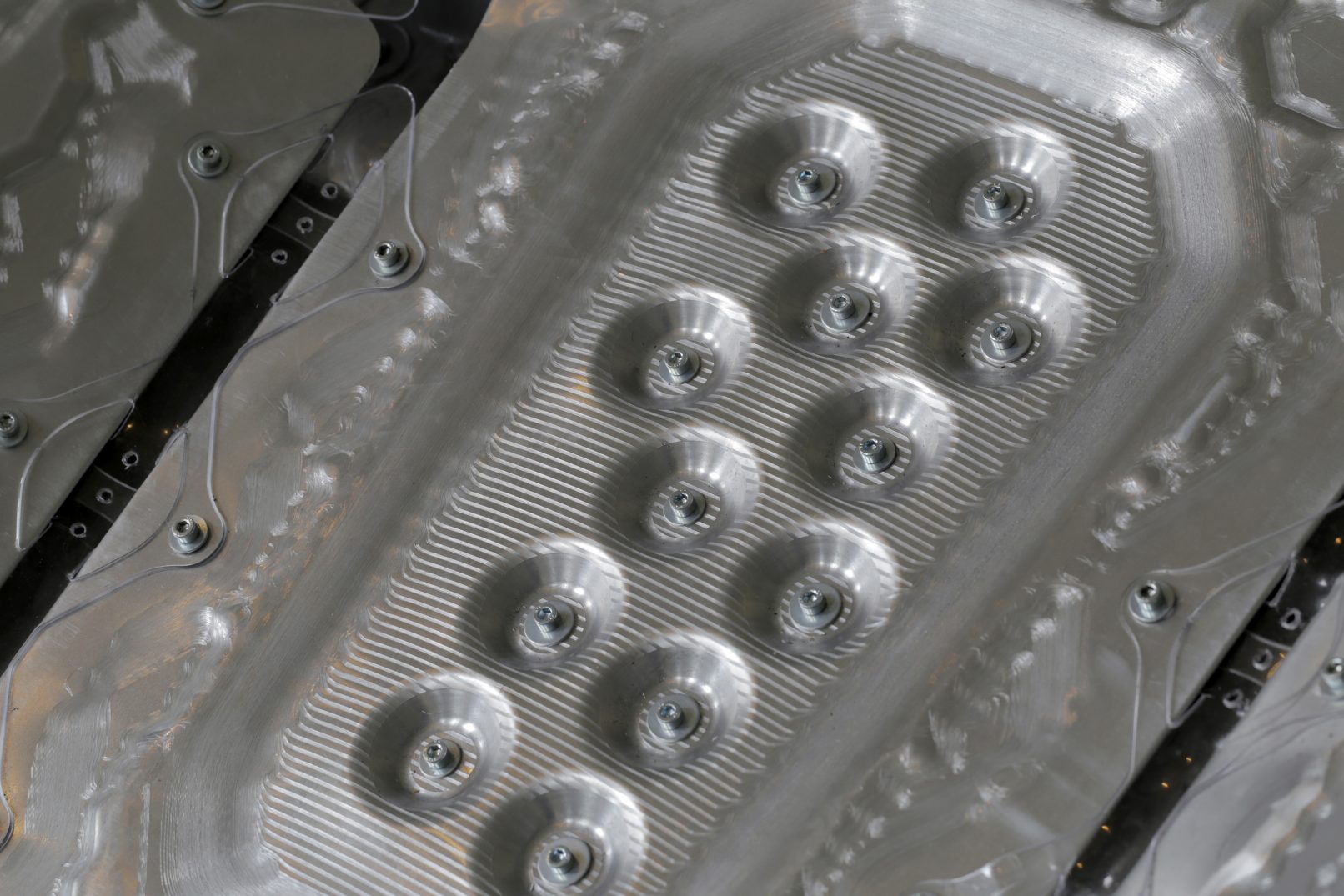 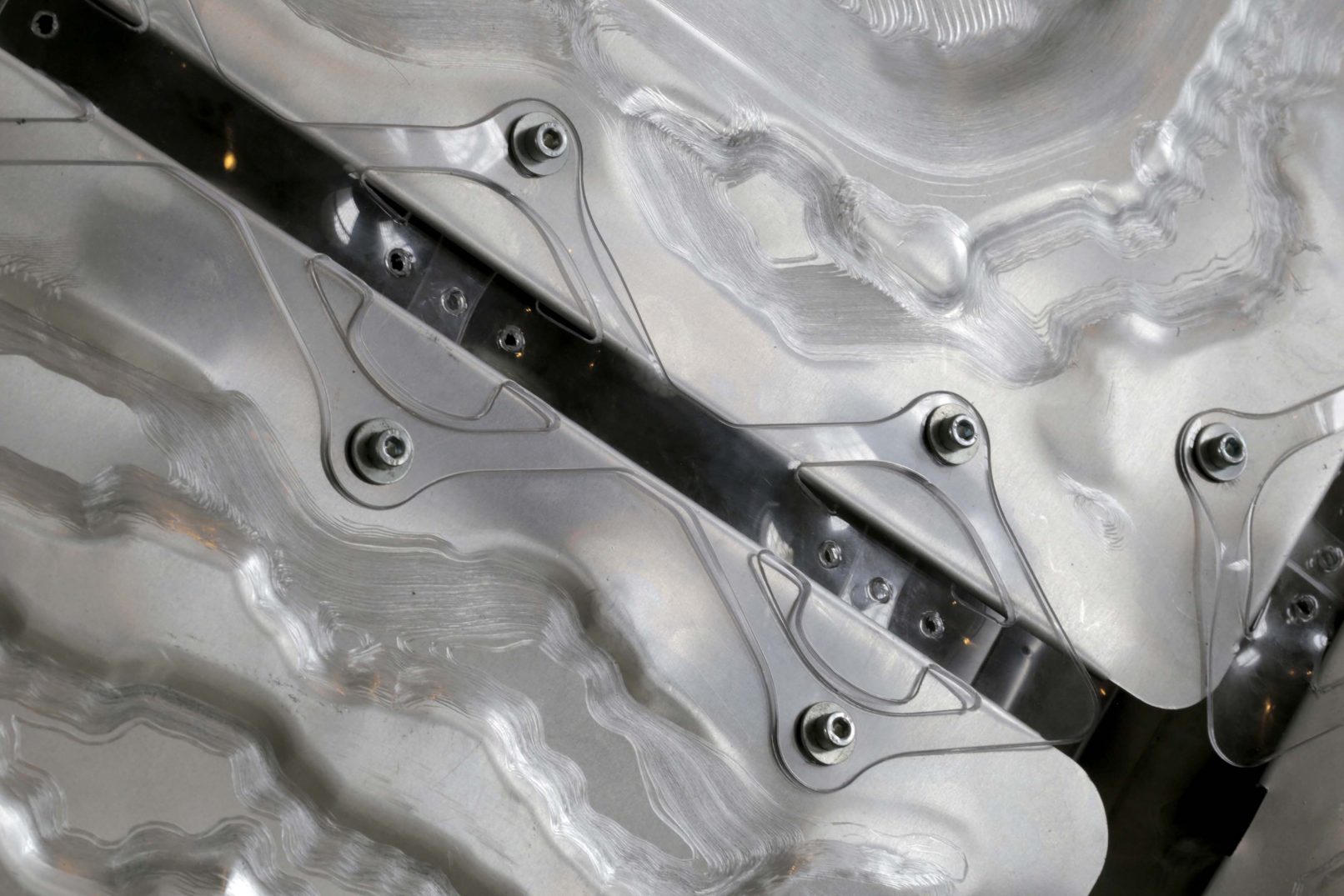 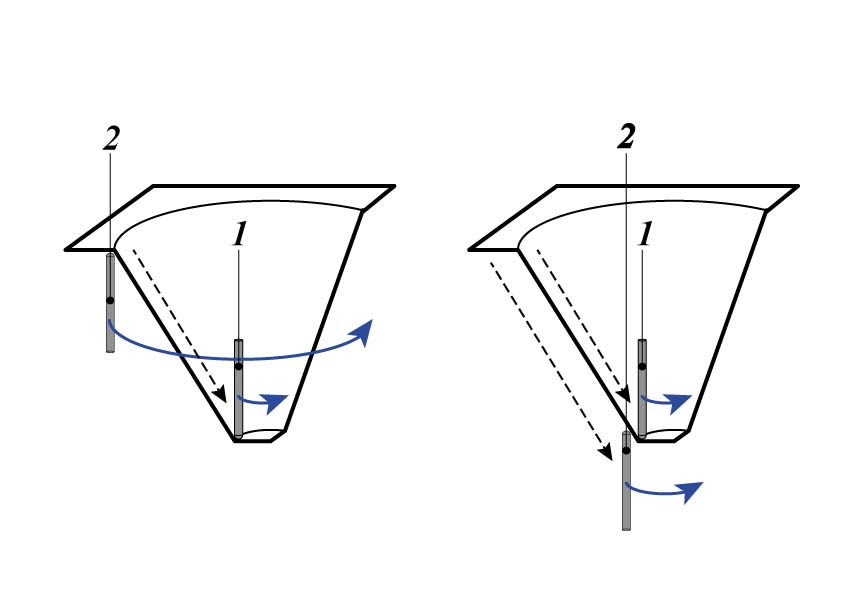 Analysis on the angle of the form was a critical back-and-forth, pushing the material to its limits. As the tool forms the material, the thickness gets thinner and thinner until it eventually rips.

Form studies around panelization, structural deflections, and connections between the two skins.

Below a single panel, a mesh, is toolpathed for the robot. CITA, the research group I was working with, uniquely uses meshes instead of NURBS geometry that showed me a totally new way of doing things. 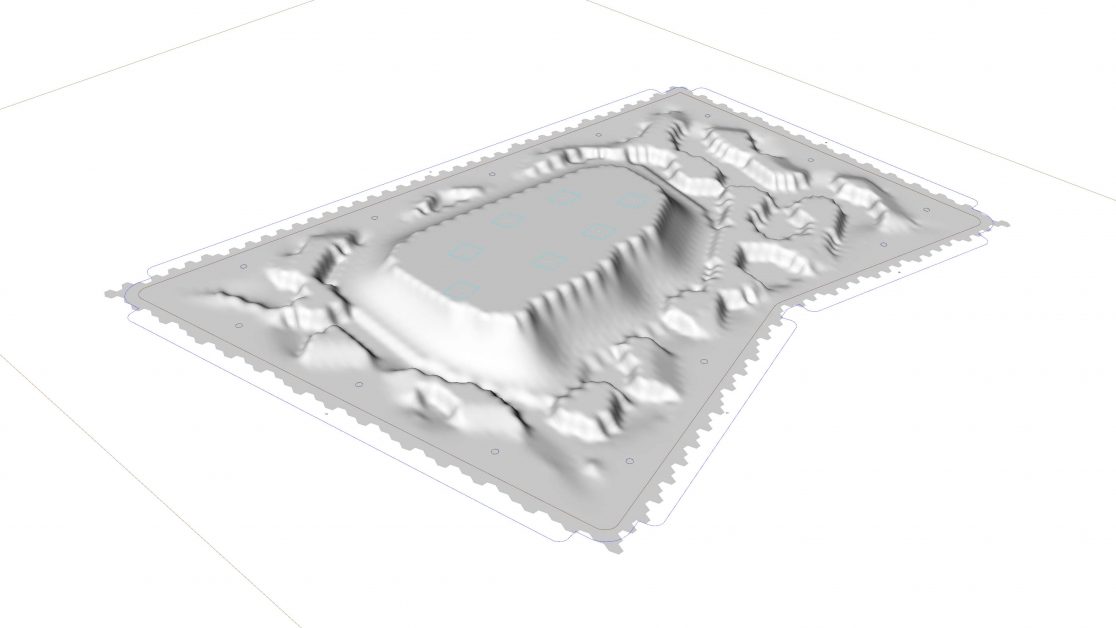 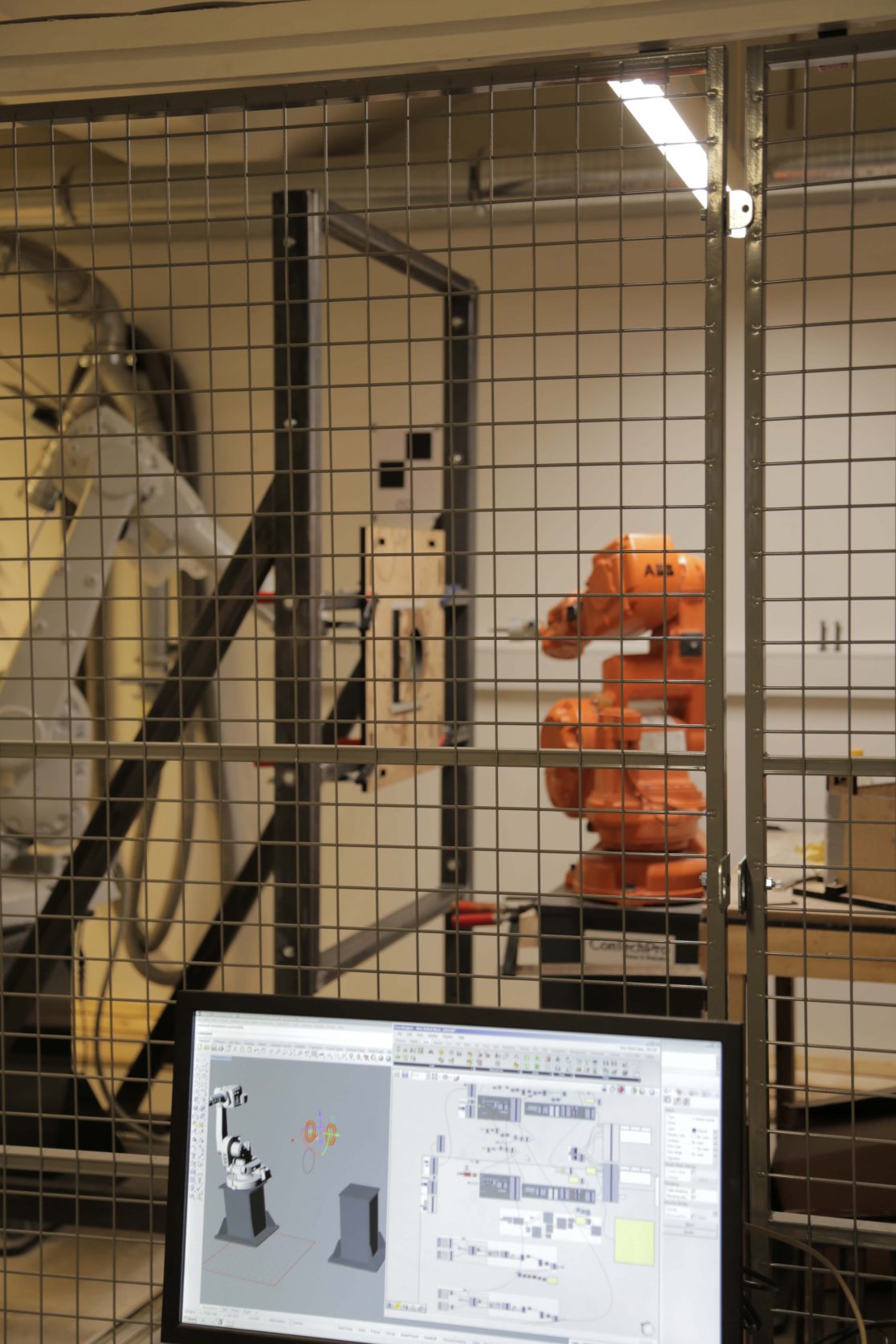 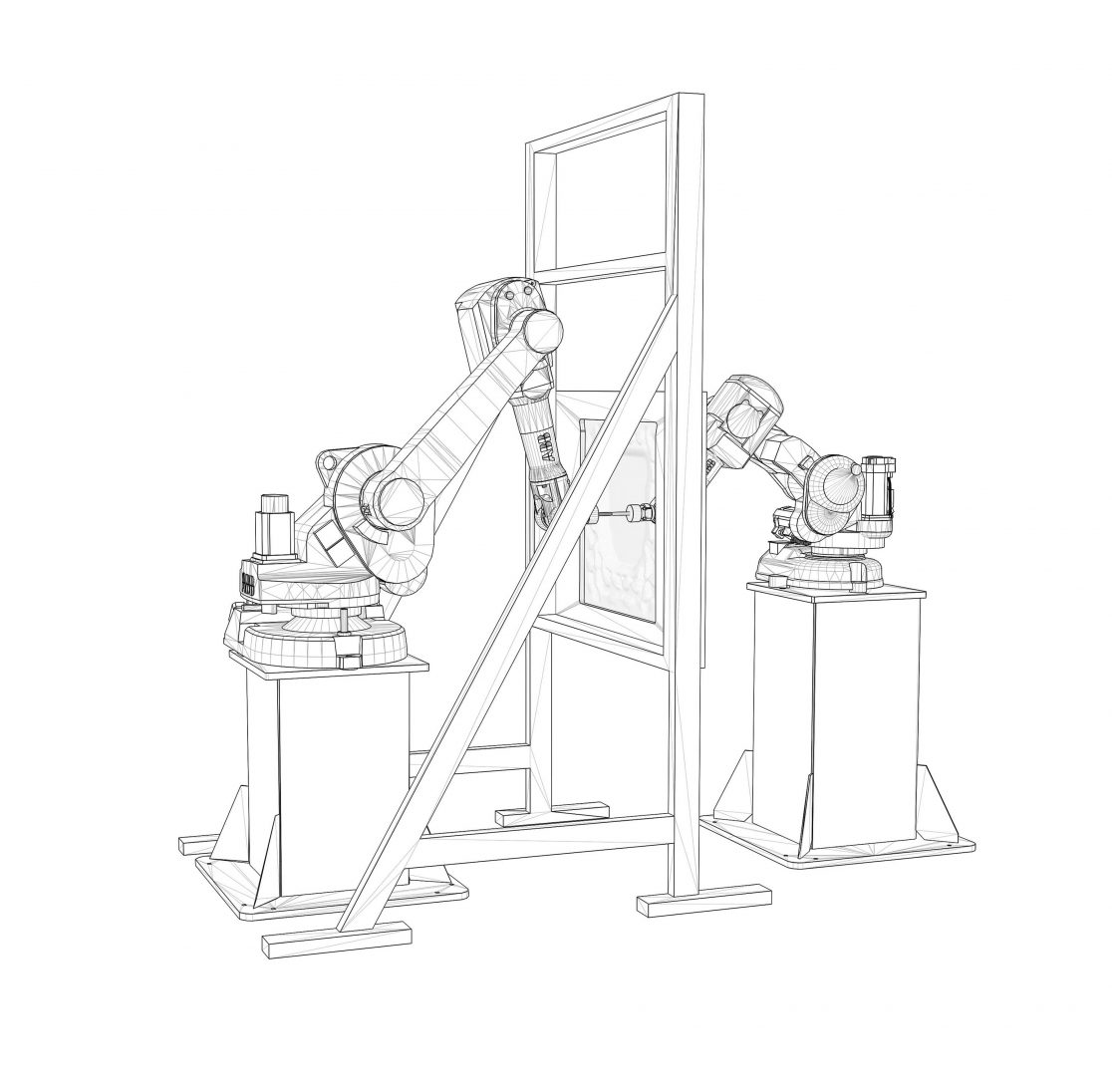 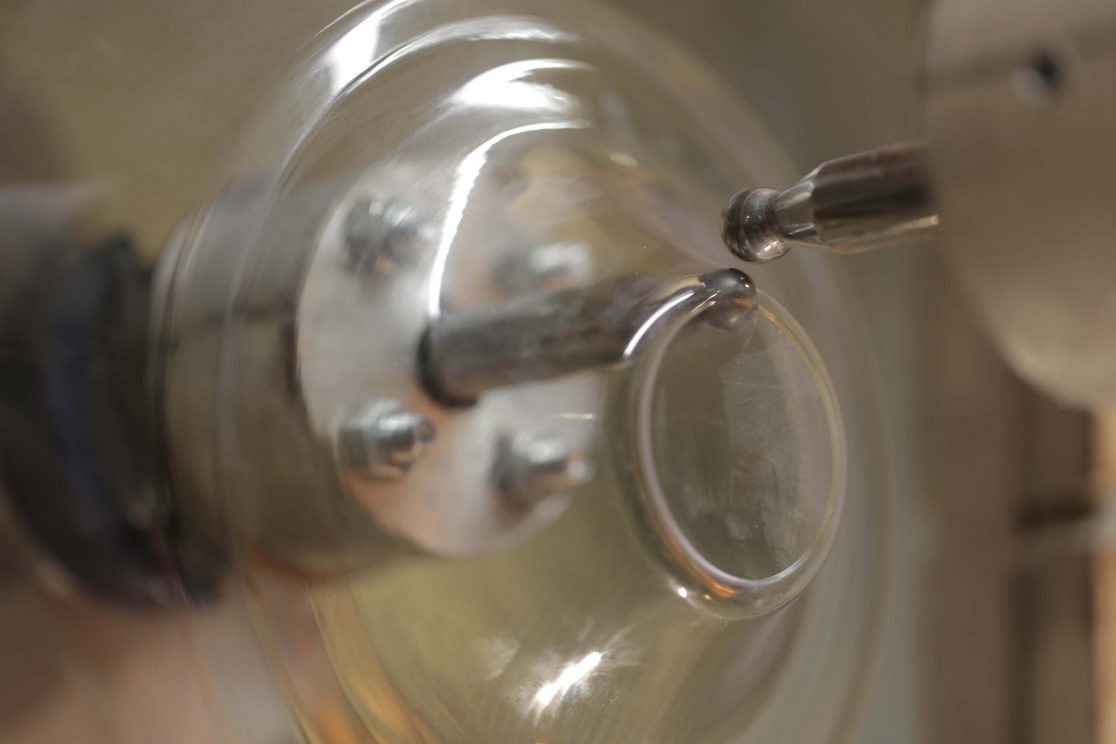 Above: Robot tooling of the material up close. The clear plastic is a lexan test and the final used aluminum.

Below: Early material studies in aluminum. 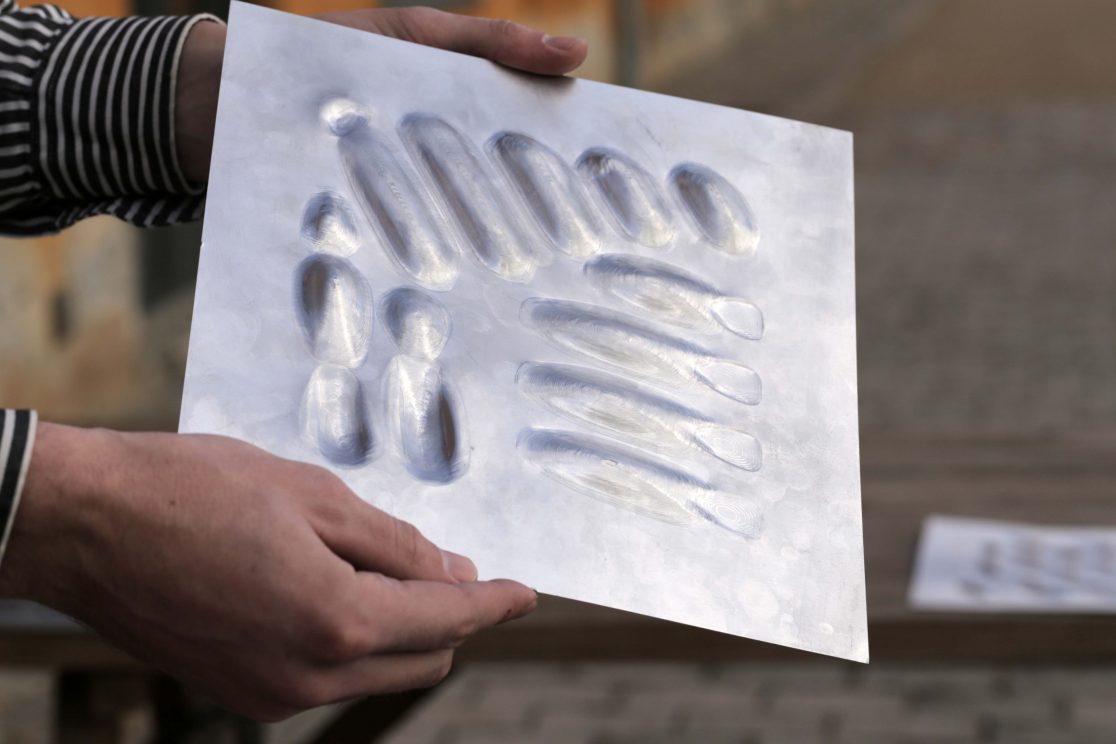 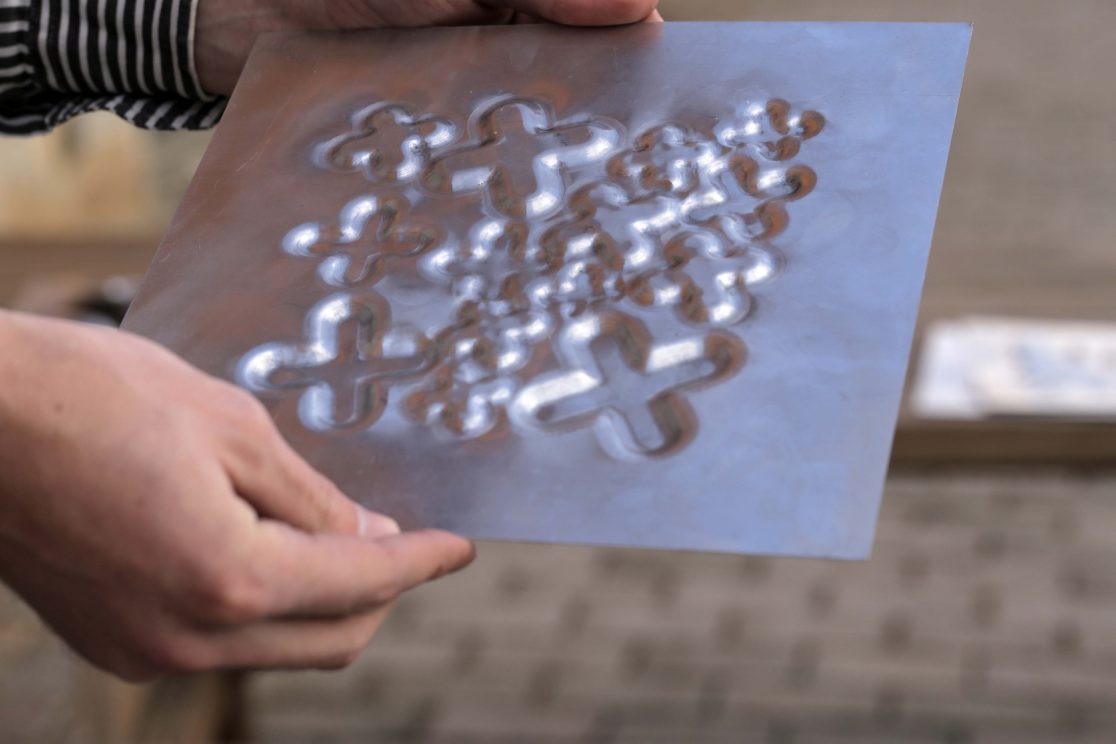 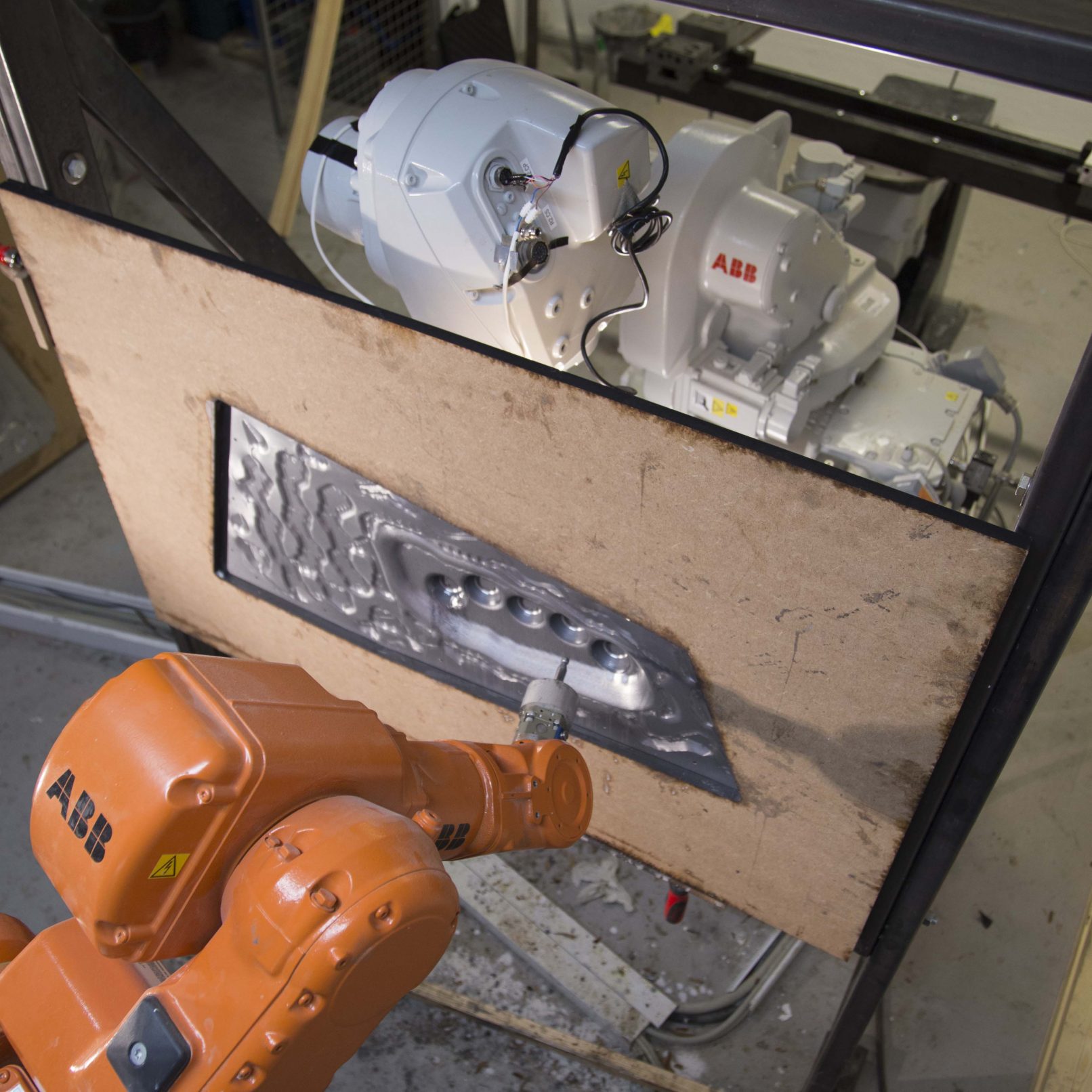 I had a lot of fun designing and welding up this moment frame that we clamped panels to. The steel moment frame is bolted into the floor between the two robots and accepts a 1600mm MDF frame for each unique formed panel.