The structure is made of 1″ and 3/4″ steel pipes, while the footings consist of 5/8″ round bar. The upper portion of the the structure is made from PVC pipe and military grade rope pull together to provide form and stability. A 24′ diameter military parachute is used as our membrane because of its lightweight and airtight qualities.

Below is the series of photographs of the construction process, competition day, and friends. 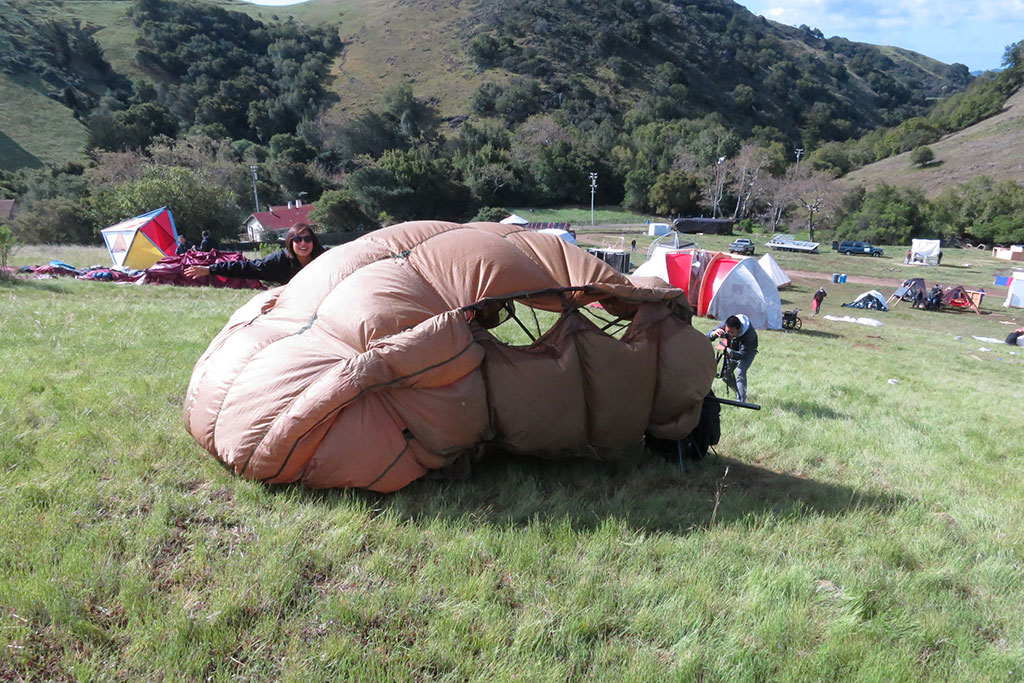 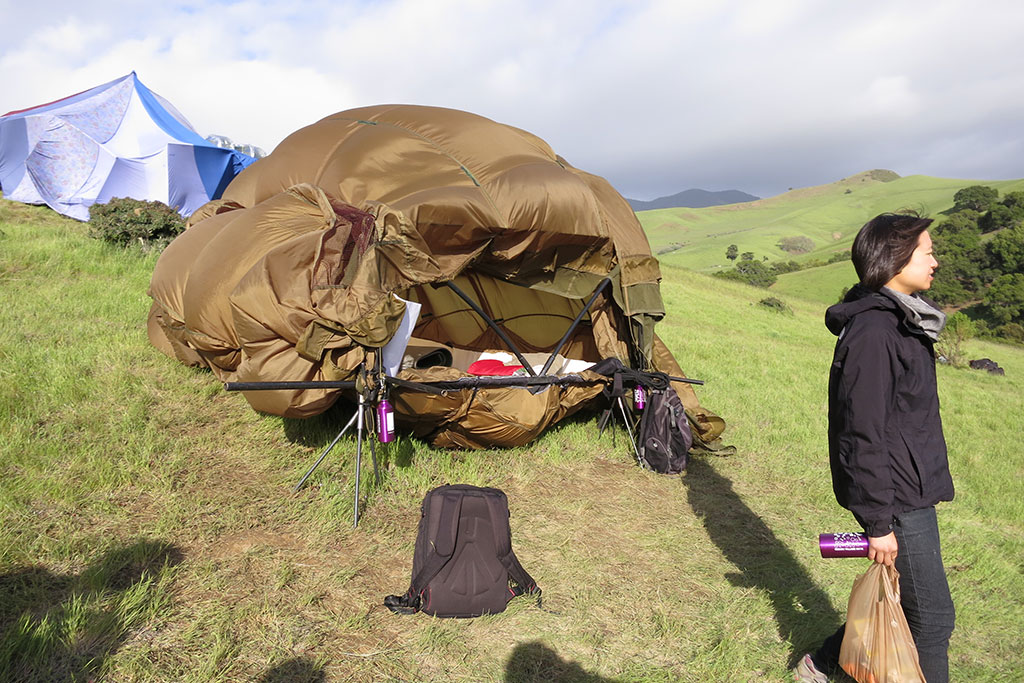 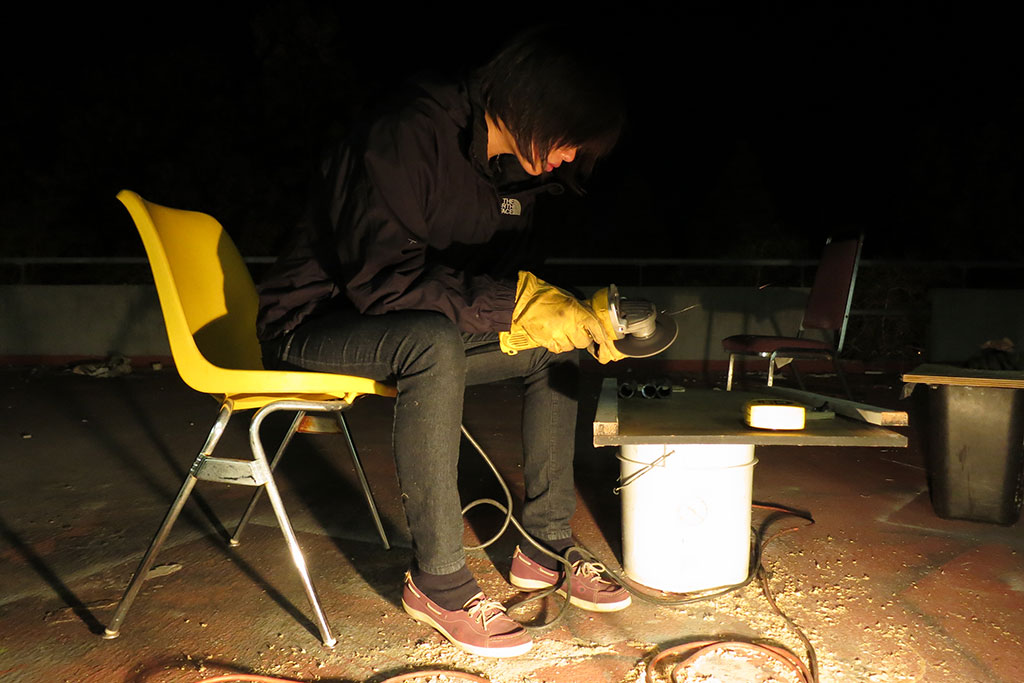 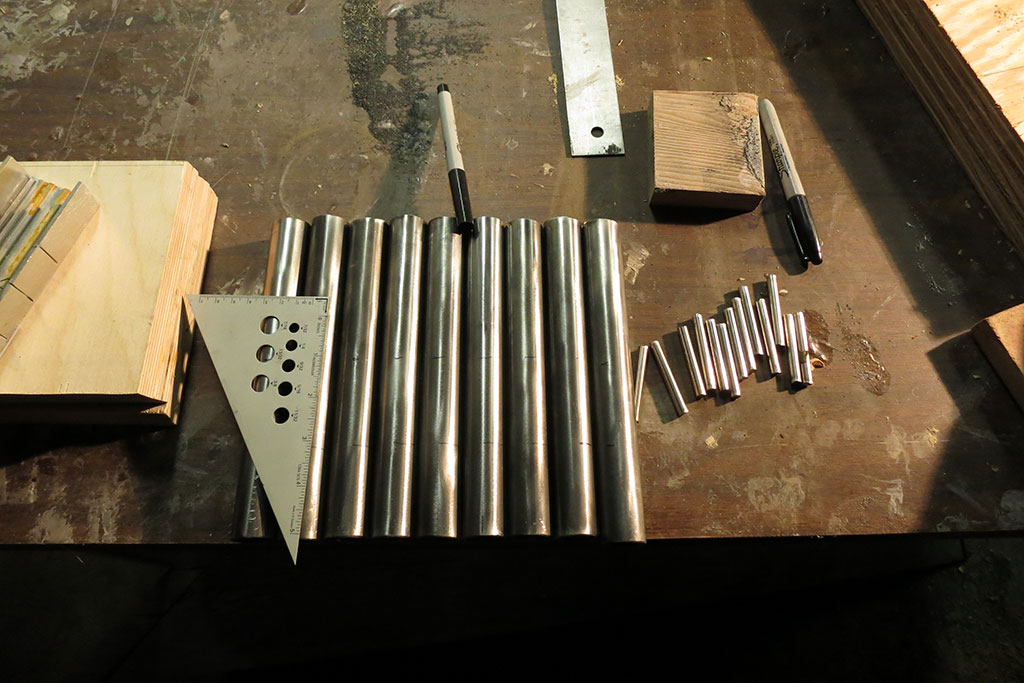 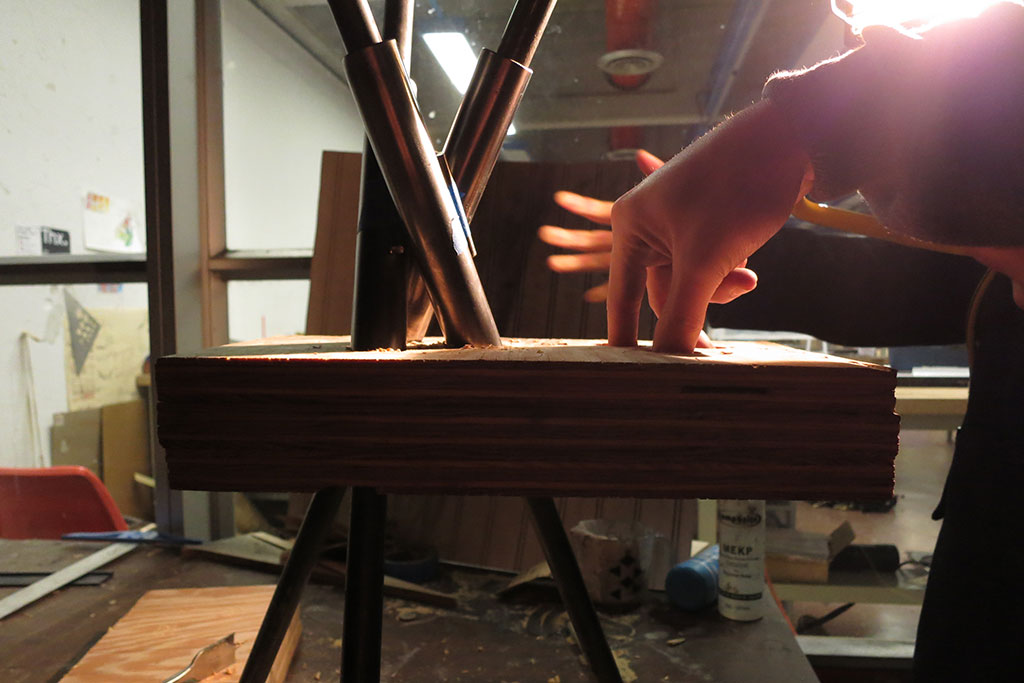 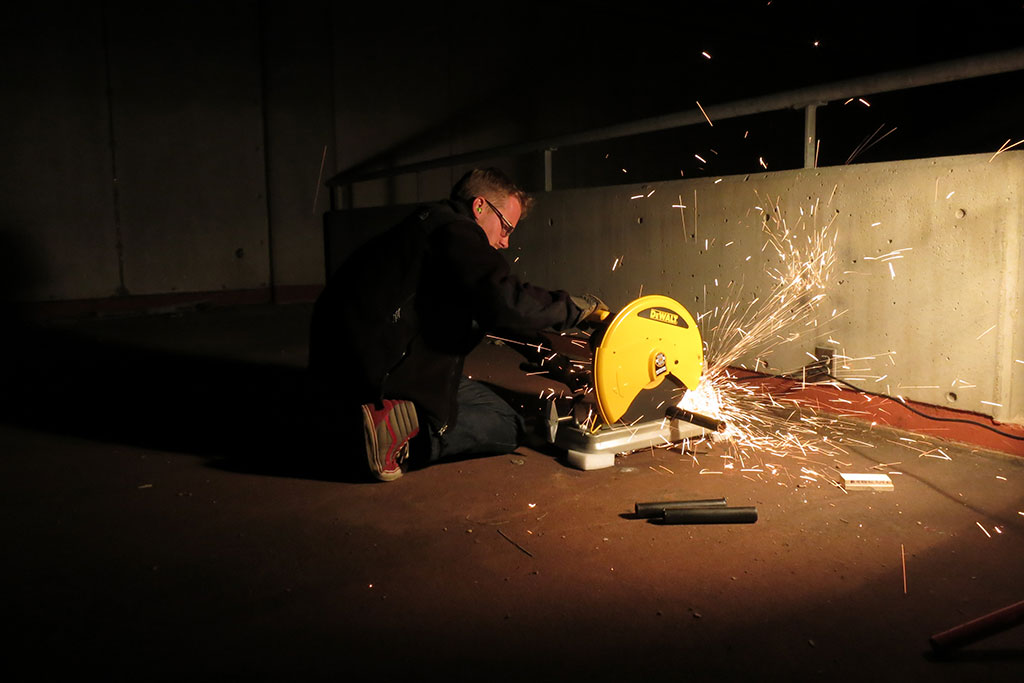 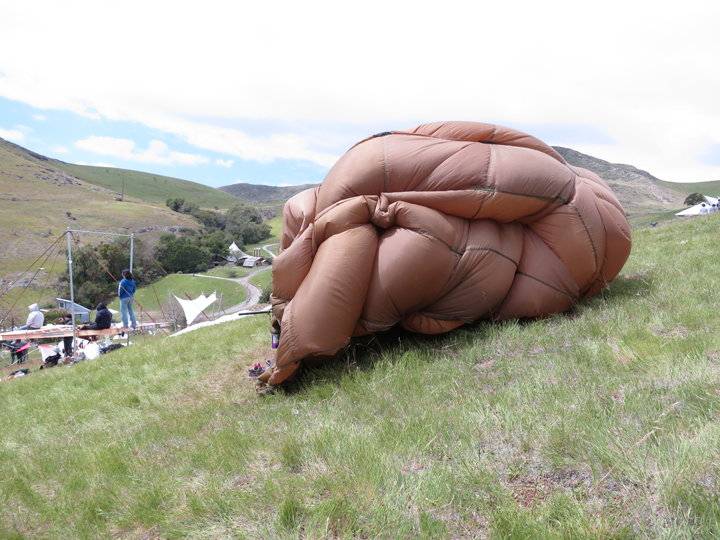 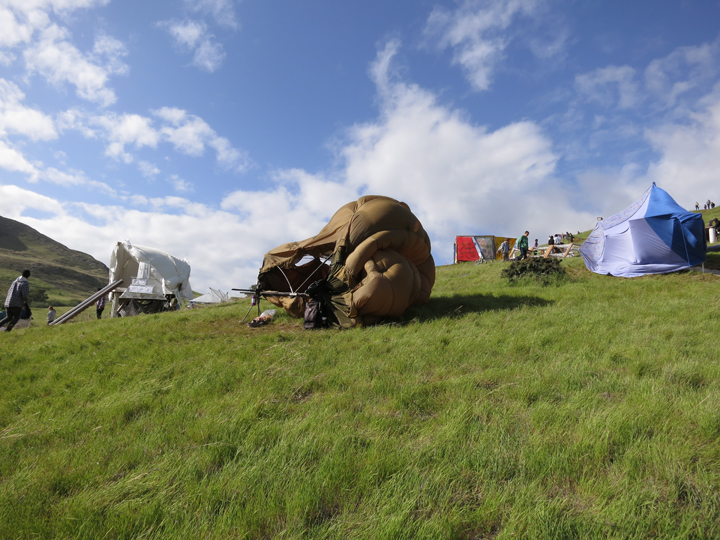 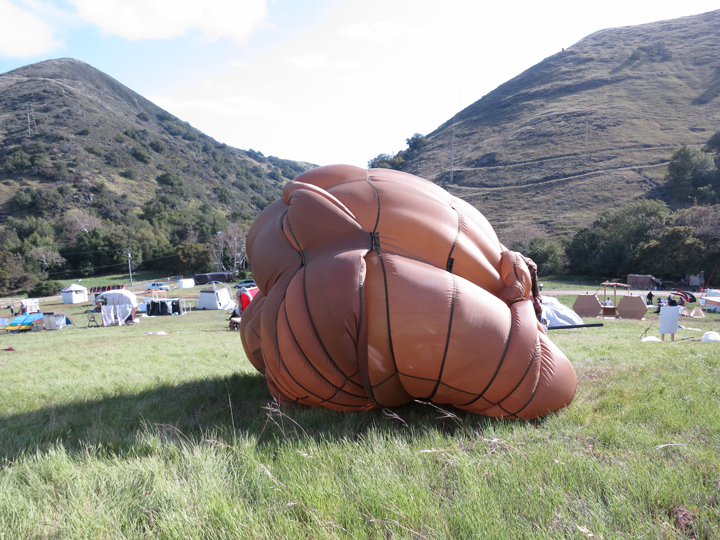 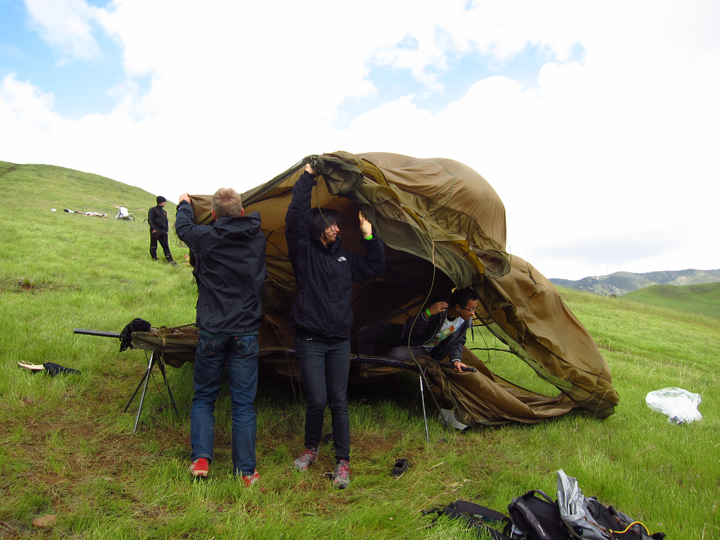 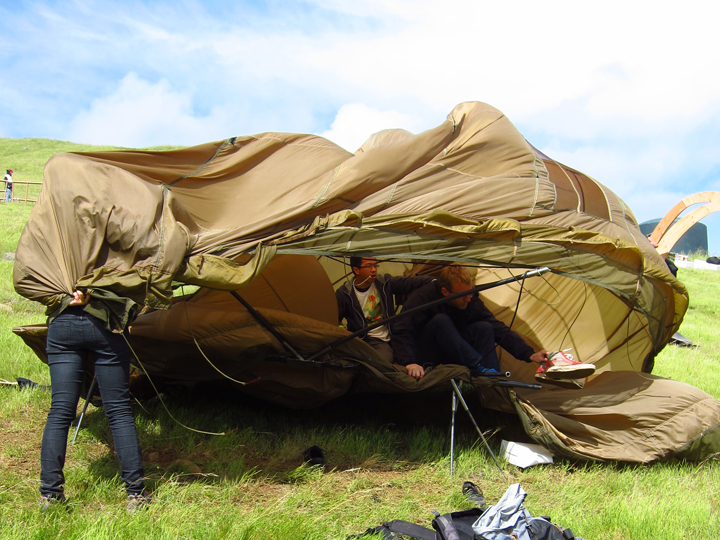 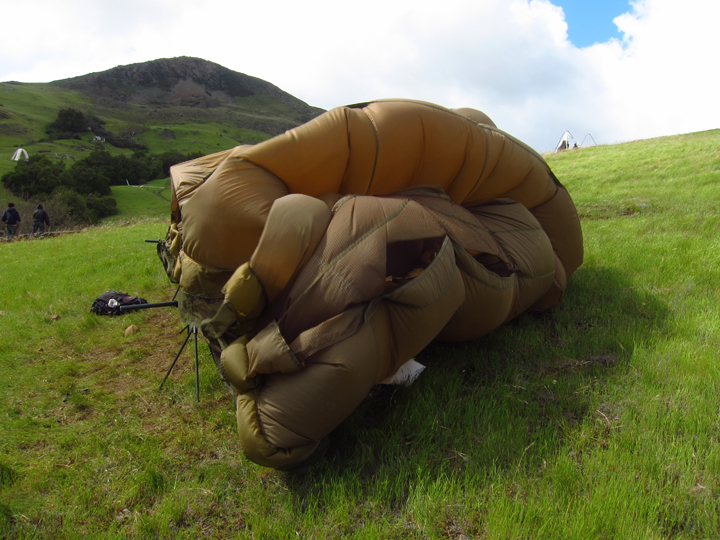 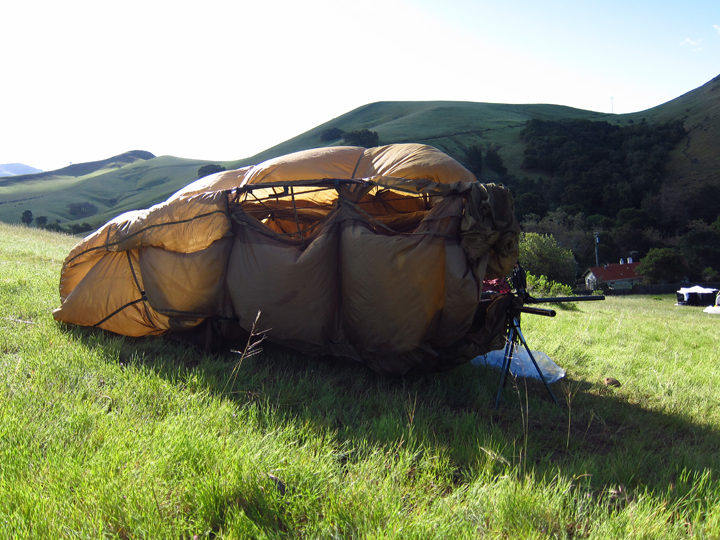 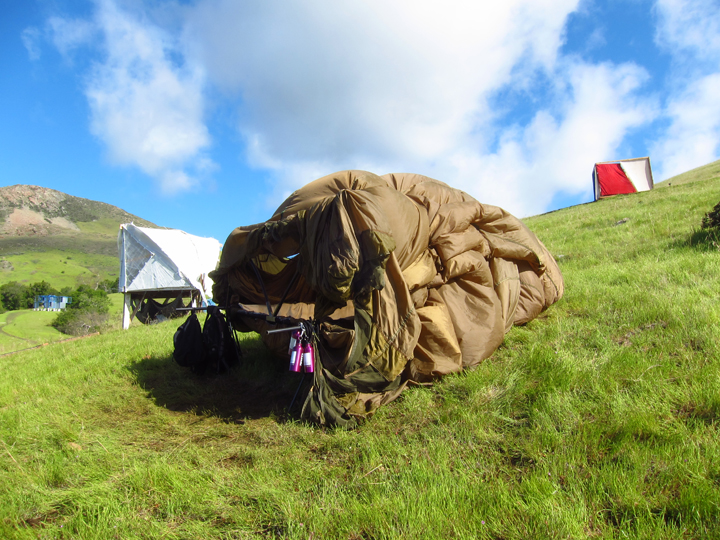 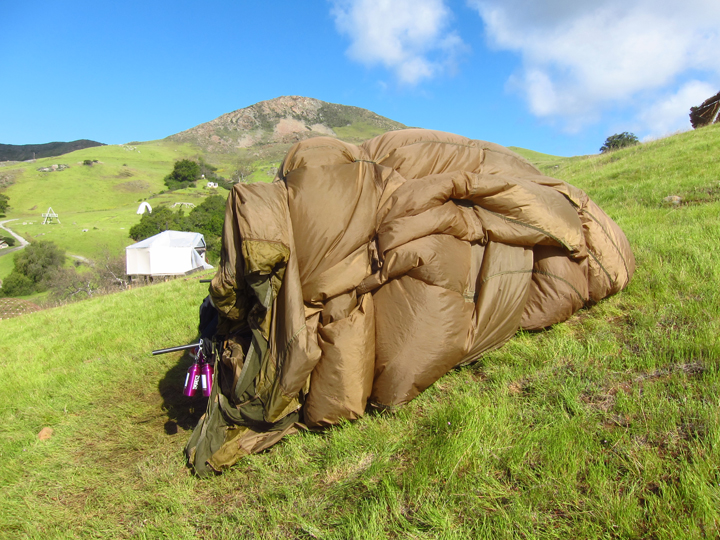 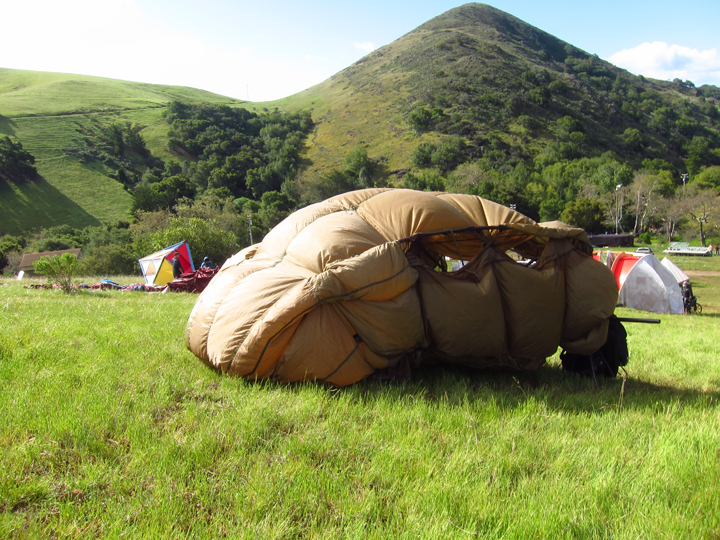 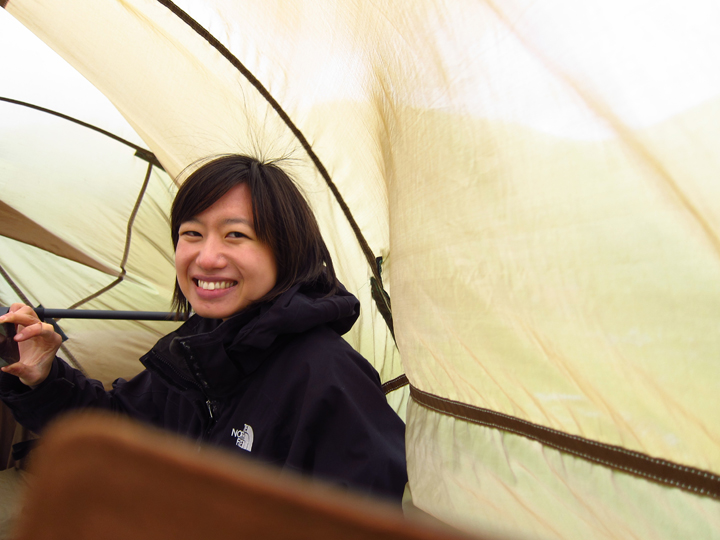 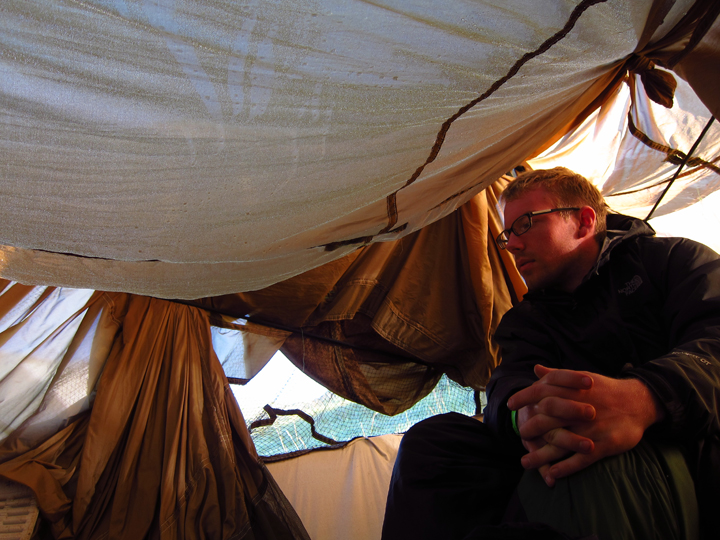 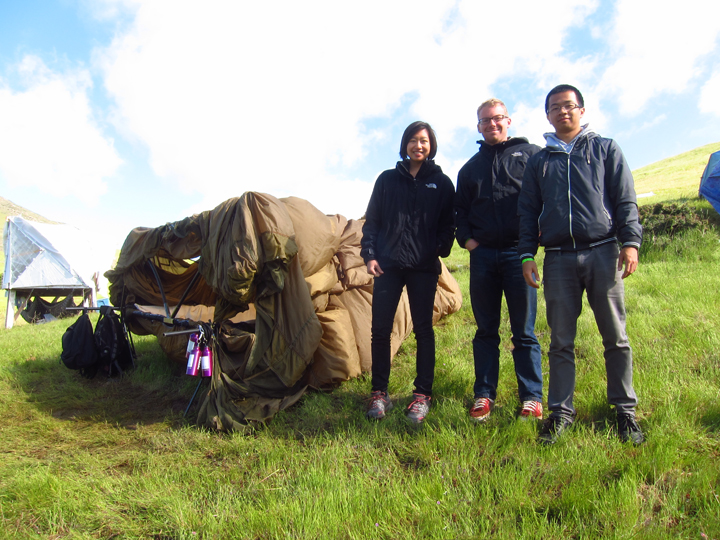 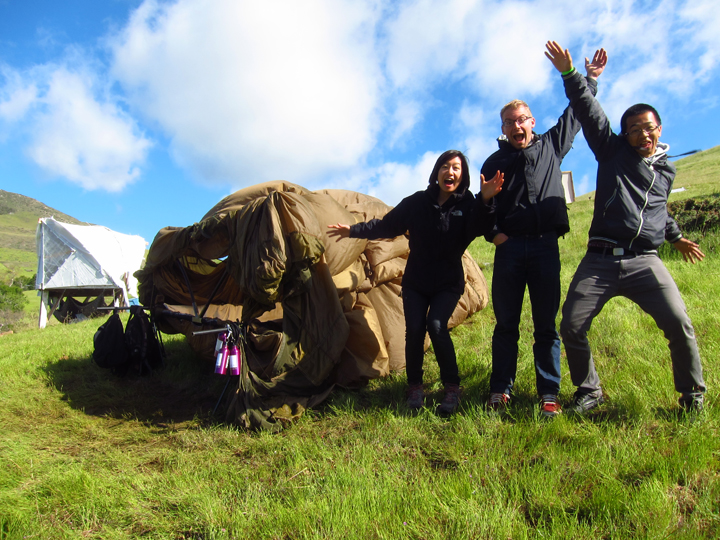 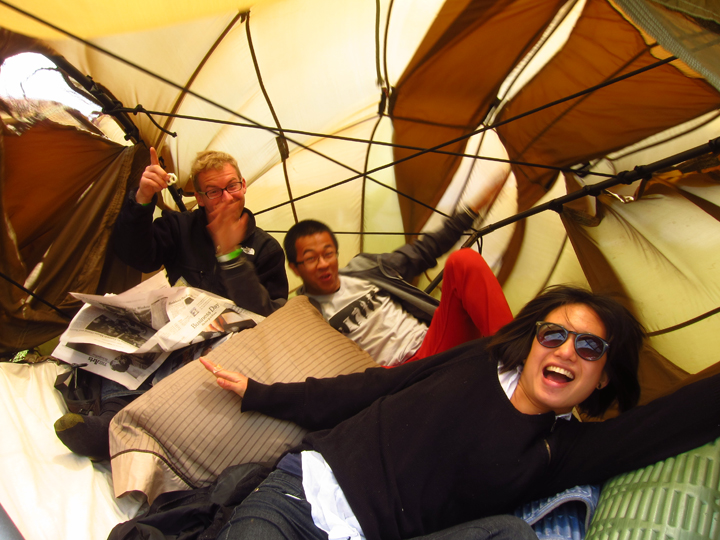 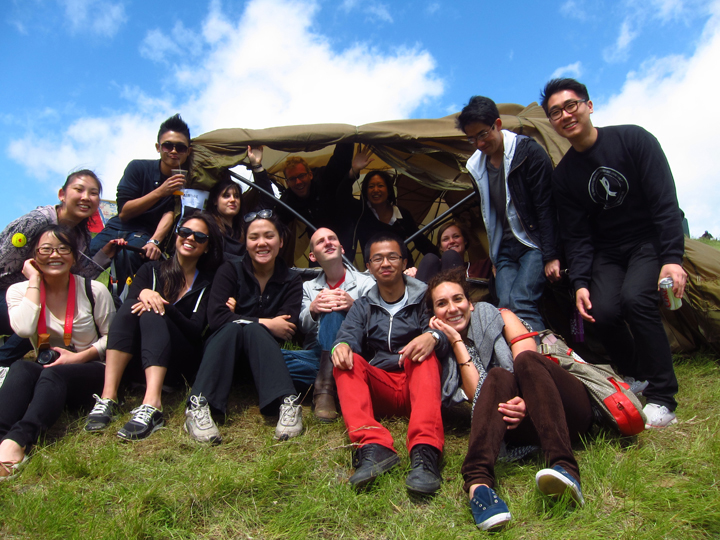 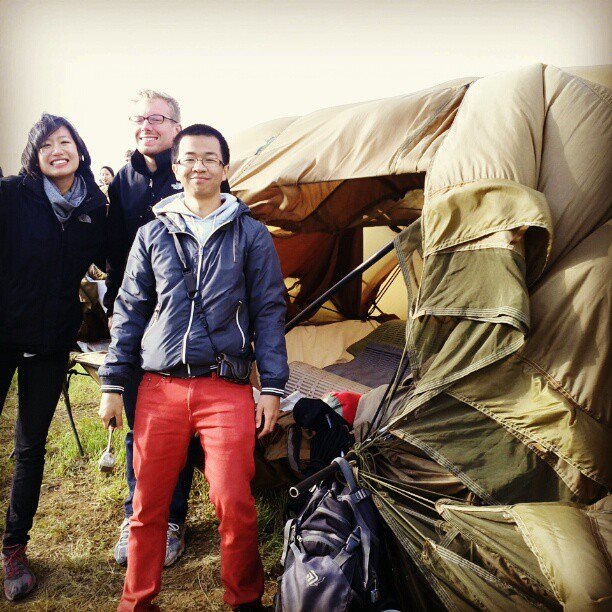 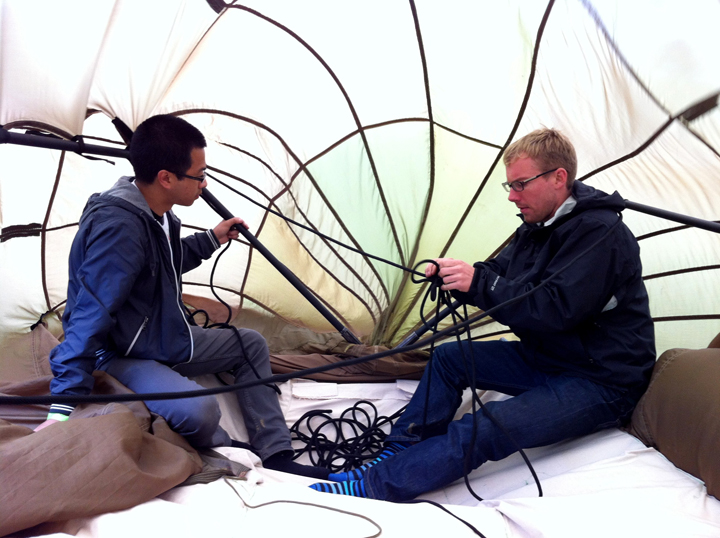