a thesis exhibition with an AR twist

While the design was collective among the studio, I focused on the technical production of the hanging train of 20 projectors, temporary structural rigging. I  made standardized digital asset templates for the class, and ran last minute electrical debugging. Tam and I directed and produced the video as well.

In addition to the projected content, we also worked with LayAR to create a phone app of 3D models of students’ project. 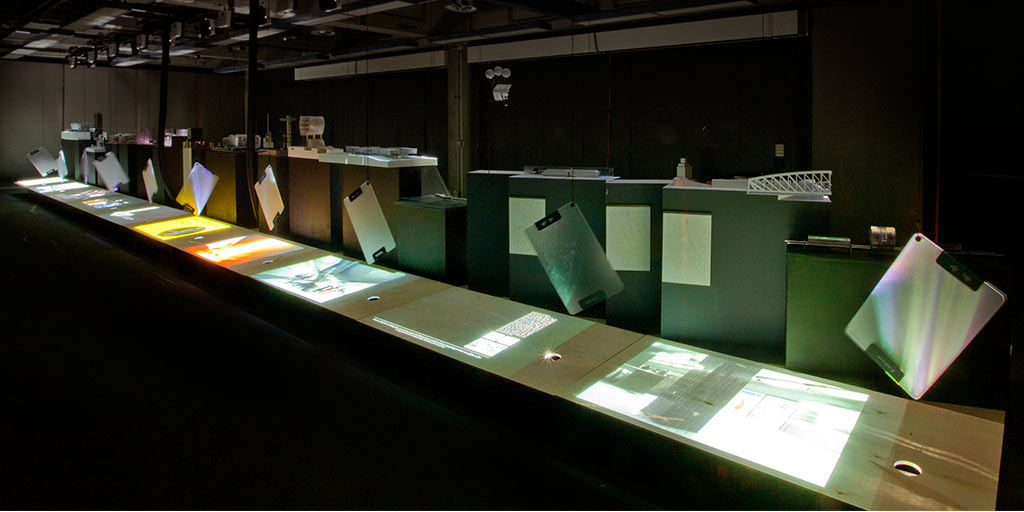 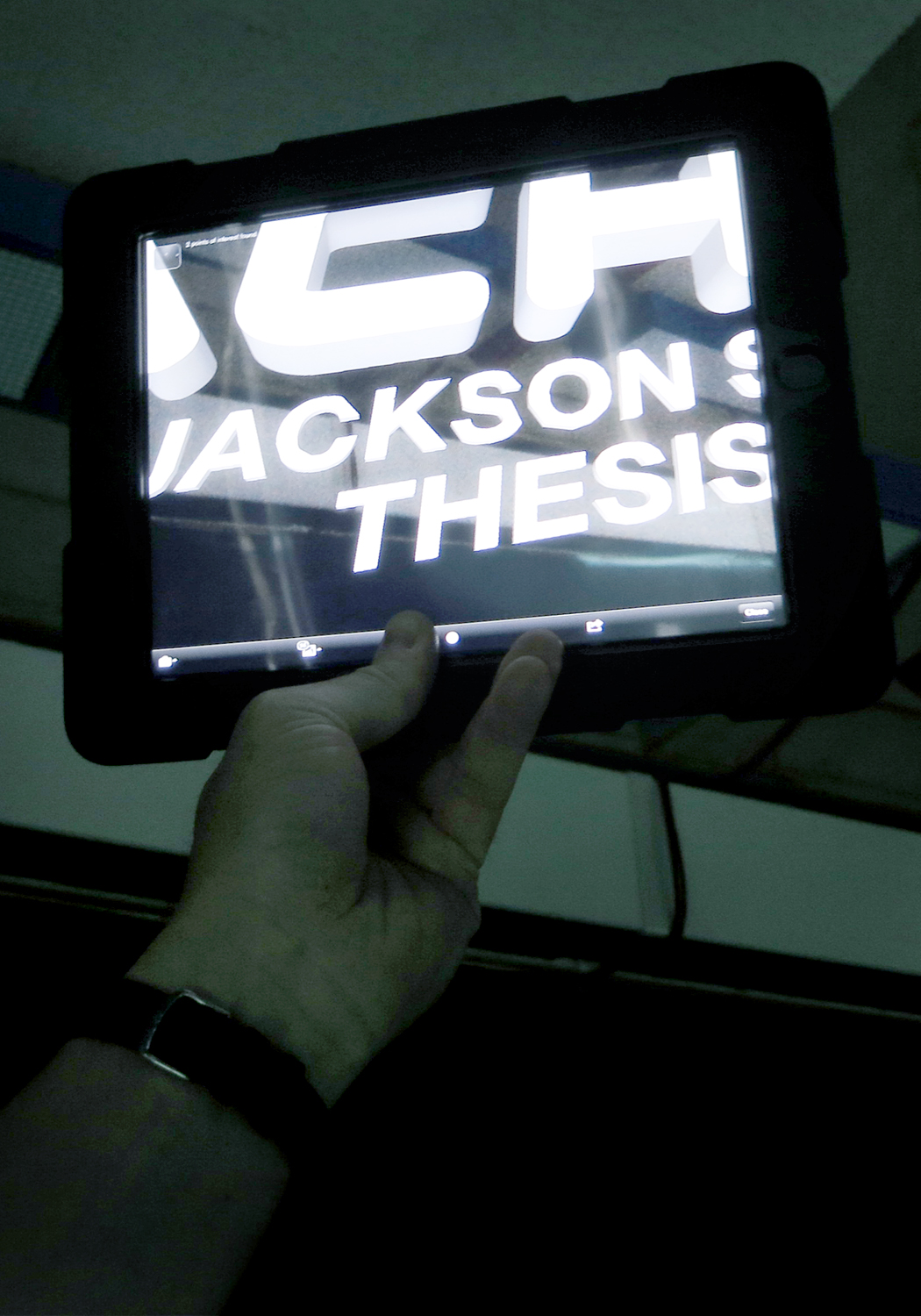 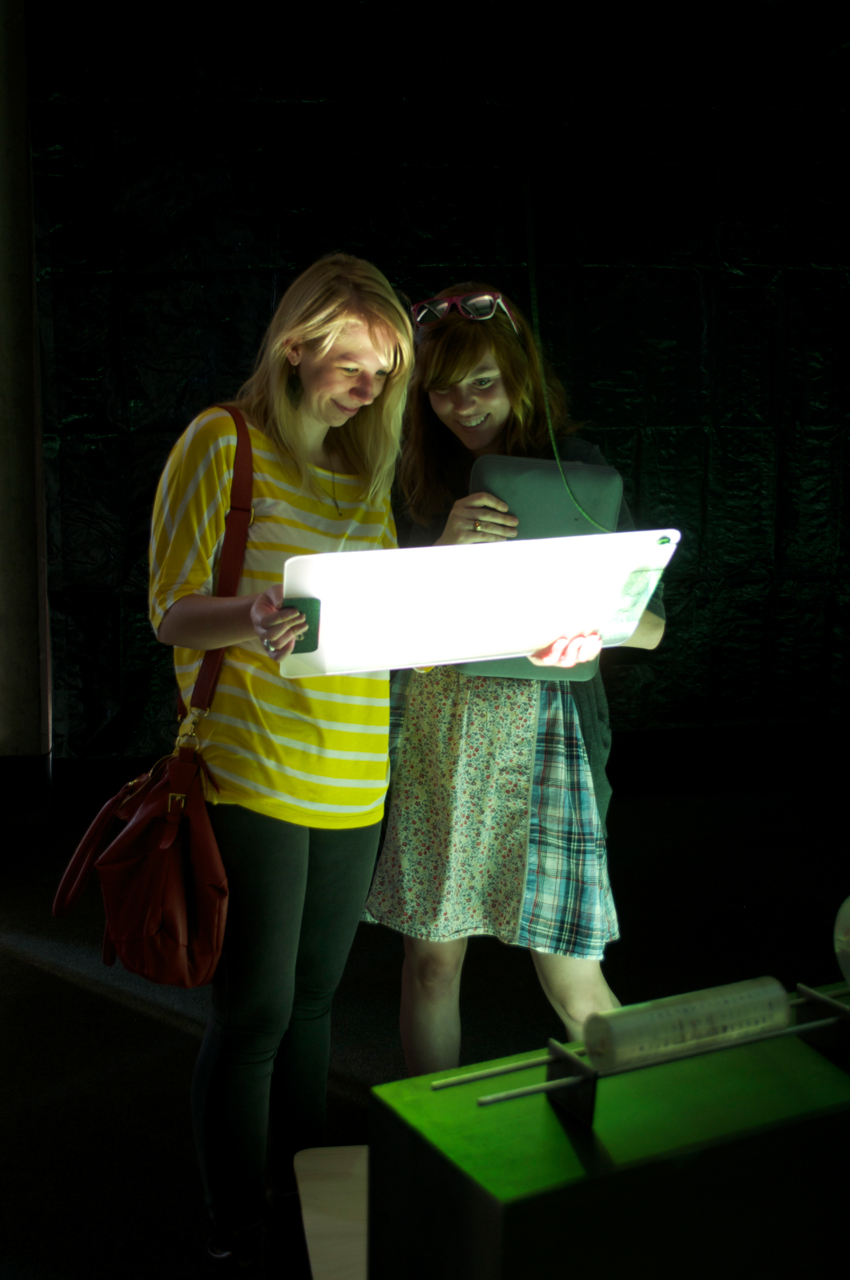 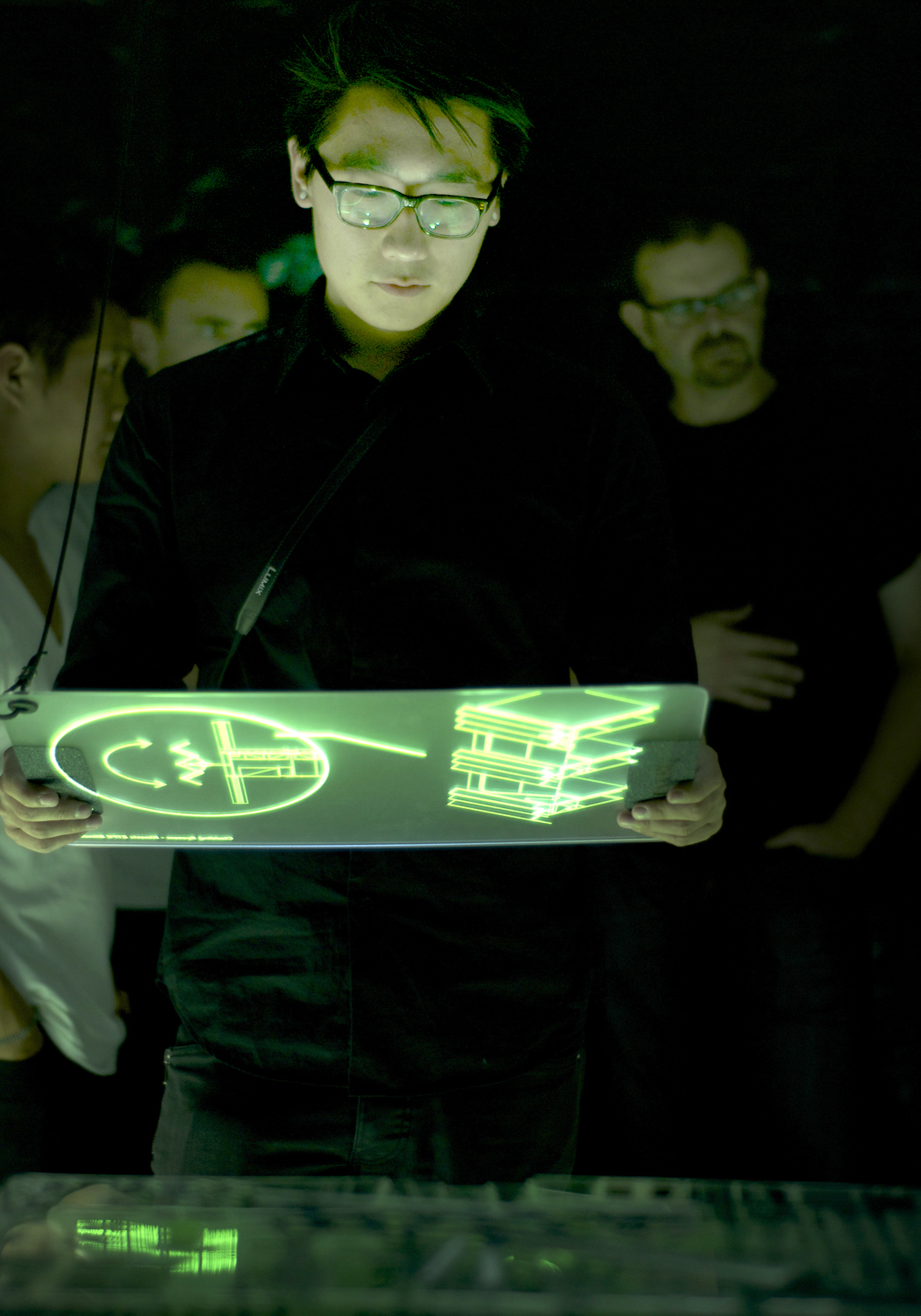